It is time to take another look at the best developer tooling in the GraphQL space, and see what's happening in 2022. 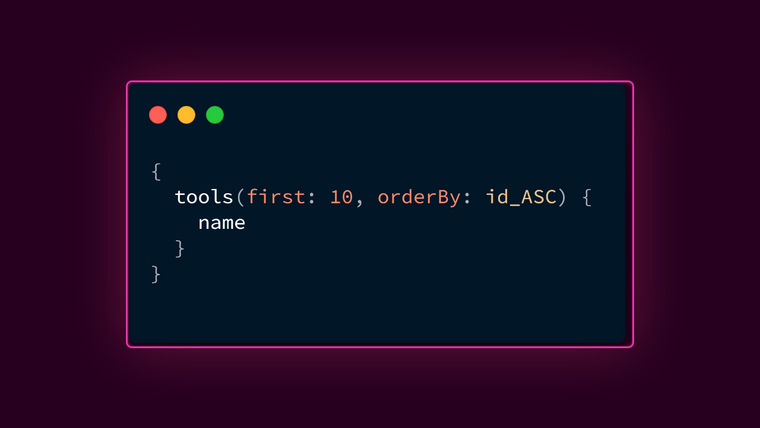 Since its beginnings in 2012, GraphQL has continued to offer exciting possibilities for developers to extend and expand upon their services. This new query language is opening up a whole host of opportunities for new API infrastructures and content management systems. What’s more, all the new tools that are being developed for GraphQL are opening up even more avenues. To help you navigate a growing number of GraphQL tools, we’ve curated a list of the best-in-class players.

Number one on our list has to be our very own Hygraph. We’re biased, but it’s been frequently featured on other lists too — and here’s why. Hygraph is the first native GraphQL federated content platform that allows you to unify and distribute content from anywhere to anywhere. This means you can federate and unify fragmented data silos into one powerful GraphQL API, so that you can ship exceptional product experiences faster without backend resources. 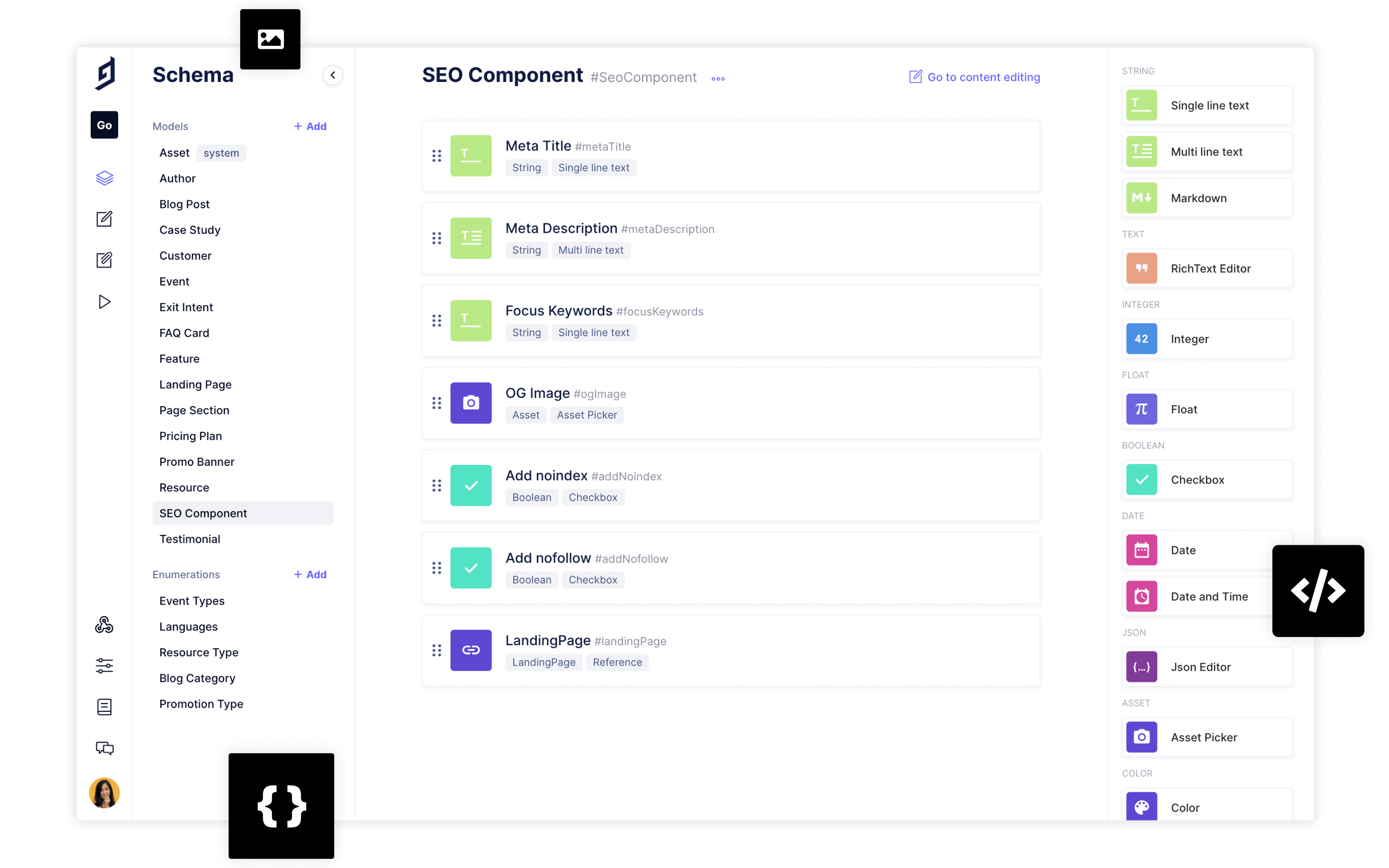 Like most developers, we like GraphiQL because its IDE (Integrated Development Environment) makes GraphQL so much easier to use. GraphiQL brings the new era of data querying languages to the next level by providing the necessary interface for writing, validating, and testing GraphQL queries and mutations.

Visuals are processed much more easily by the brain, which is what makes GraphQL Voyager such an important tool for developers, and anyone else learning about how GraphQL works. GraphQL Voyager provides you with a graph of your graph — your Schema Graph to be exact. This interactive tool can be really helpful when discussing and designing your data model.

4. Swagger (your schema) to GraphQL — move your RESTful APIs to GraphQLAnchor

If you’ve been working with Swagger and you need to move your RESTful APIs to GraphQL as seamlessly as possible, then Swagger2GraphQL is definitely the tool for you. Considering that many in the industry are still working with REST while transitioning to GraphQL — we believe this tool is going to prove very important for a lot of developers in the near future. 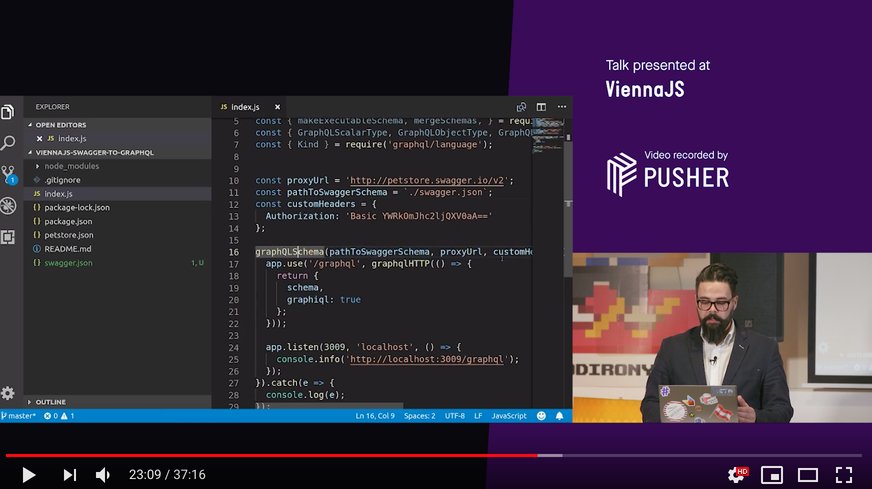 GraphQL IDE carries a whole host of awesome features and tools that make GraphQL so much more fun to play with. Those features include project import and export, query storability, query history, and custom headers. GraphQL IDE allows for smoother workflows by including GraphQL subscriptions, interactive documentation, and collaboration opportunities. 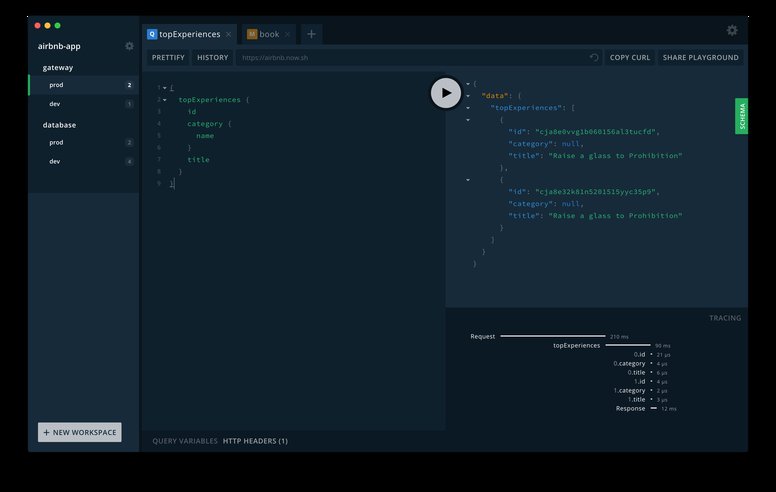 Take advantage of GraphQL Editor's ready-to-use fake backend to visualize your schema. Easily collaborate with others and create Team Schema Libraries. If you're looking for a way to visualize and validate your existing schema, then GraphQL Editor could be the right tool for you.

Prisma offers a set of database tools for modern application development. It covers any type of language and database, including GraphQL. In this regard, it replaces traditional ORMs and makes it really easy to build and implement GraphQL servers. Prisma stands out thanks to its excellent query engine, API and developer experience.

GraphQL Code Generator is an established player in the GraphQL space after its launch in 2016. It enables teams to generate Typescript code instantly to help developers avoid the repetitive actions of transforming information from a GraphQL schema into the various forms needed such as resolver signatures. The outputs are highly customizable and the tool itself is straightforward and easy to use. GraphQL Code Generator has become a tried and true tool that every GraphQL developer should have in their toolbox and we only expect this to grow with 2022. 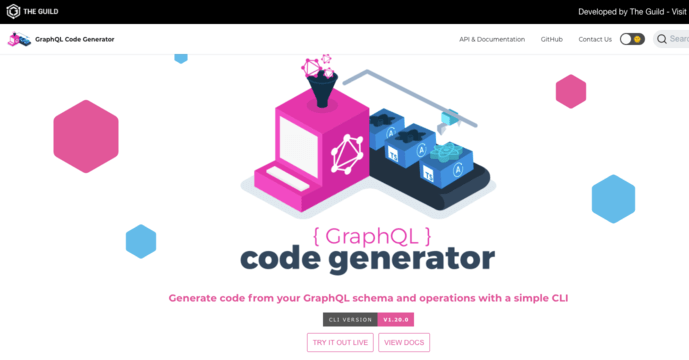 If developers wanted to be writers, they would have chosen a writing career - but they didn't. And that’s why GraphQL Docs is a lifesaver for those who have to write up documentation — whether we like it or not. As the website itself says, this tool creates beautiful documents in seconds, and it also gives you the option to allow public or private access to your document.

Insomnia is another tried-and-true tool for GraphQL developers. It has been offering GraphQL support since 2017. Insomnia enables developers to create GraphQL APIs in a user-friendly way that promotes organization, and efficiency. The two product offerings, Insomnia Core and Insomnia Designer, give developers all of the tools they need to build powerful APIs using GraphQL. 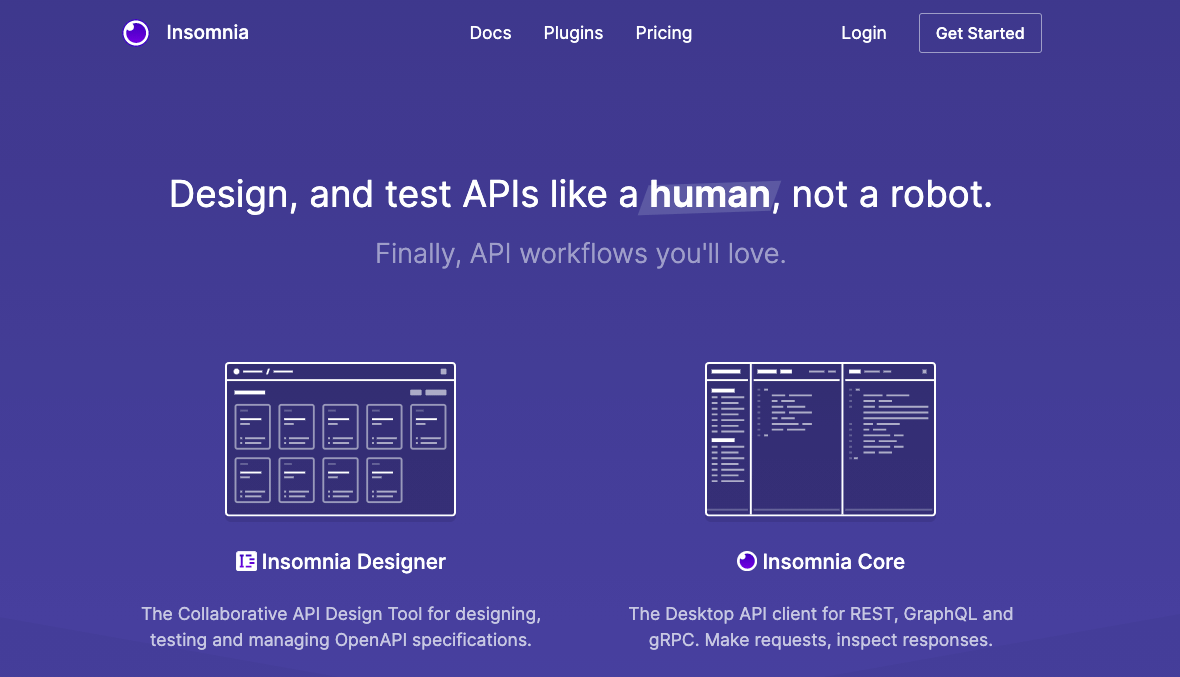 OneGraph is a powerful GraphQL tool that enables developers to quickly query and update data across different services on the frontend or backend. Not only that but its secure authentication, robust permission set, and integrations with popular third-party services, makes using this tool in production easy. 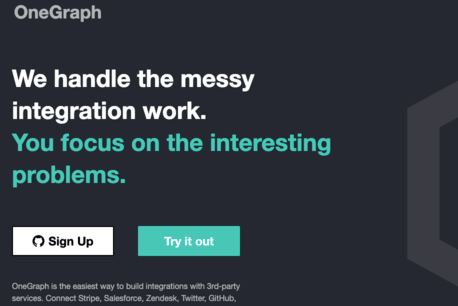 GraphQL Network is a network-style tab on Chrome where you can see network requests for GraphQL, allows developers to inspect queries and responses, thus monitoring and debugging those queries more easily. The simple, easy-to-use tool is potentially very handy for devs. 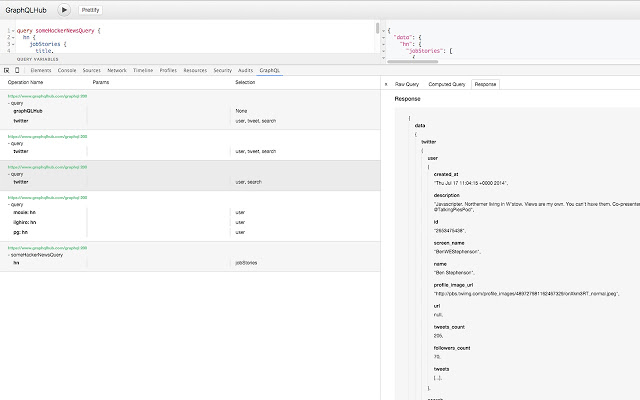 The Altair GraphQL Client helps you debug your GraphQL APIs quickly and easily. Although this project is much newer than some of the other players on this list, the progress and adoption it has seen is impressive. With Altair GraphQL Client, features like advanced schema doc search, environments and the ability to execute pre-request scripts, are just the beginning. We are looking forward to seeing what they have to offer in 2022! 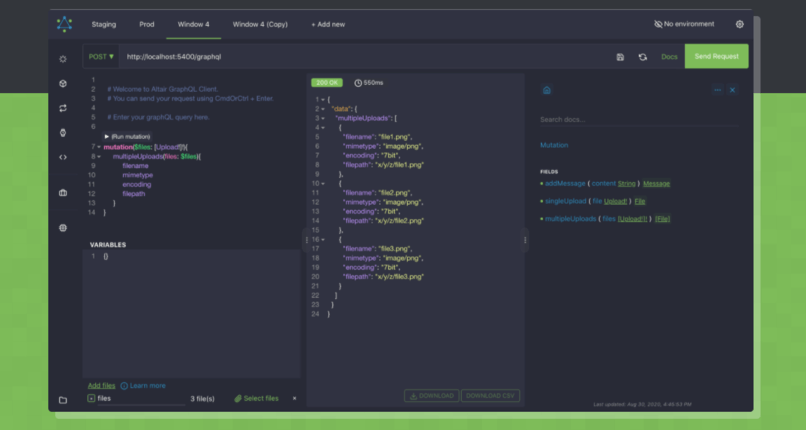 Studio is just one part of Apollo GraphQL, a platform that integrates a number of tools needed for operating and building with GraphQL. Apollo Server, Schema Registry, IDE Plugins, and Apollo Client are some other tools. Apollo Studio pulls data from Apollo schemas and performance reports — handing you the opportunity to improve your schema management system. At the end of 2020, the Apollo team launched Development Graphs which give developers free and unlimited access to Apollo Studio’s Explorer and Schema tools, making it easier for development teams to get up and running quickly. 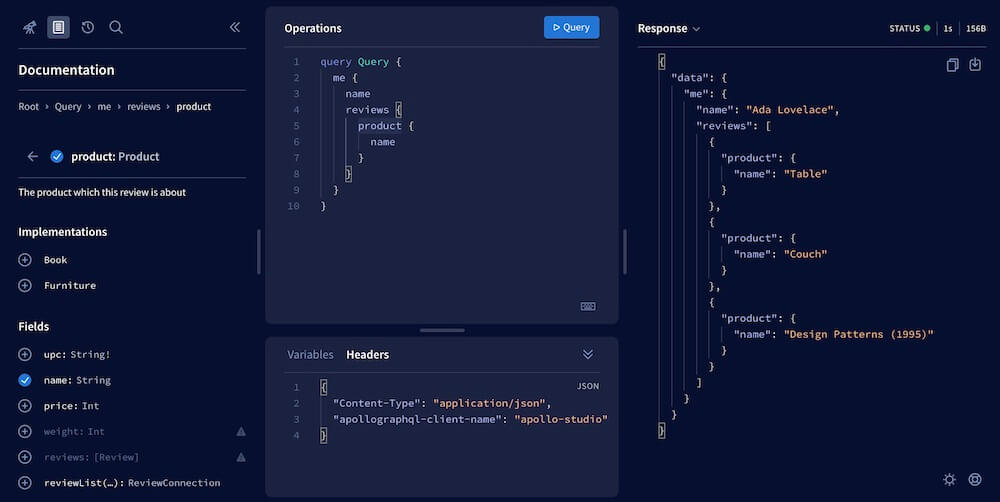 The number of major international companies incorporating GraphQL is growing - Shopify, Github, Medium, Docker, Twitter, Airbnb, and Paypal are just some of the mega-enterprises which have implemented GraphQL into their tech stack. Many of these tools, which began as niche products, have now seen wide adoption across the GraphQL Community. The speed of adoption of GraphQL in major enterprises and growing companies demonstrates that GraphQL is here to stay and will not be wiped out anytime soon.

Get in touch with us today to find out how you can federate content using any tech stack with Hygraph, or try it out for free!