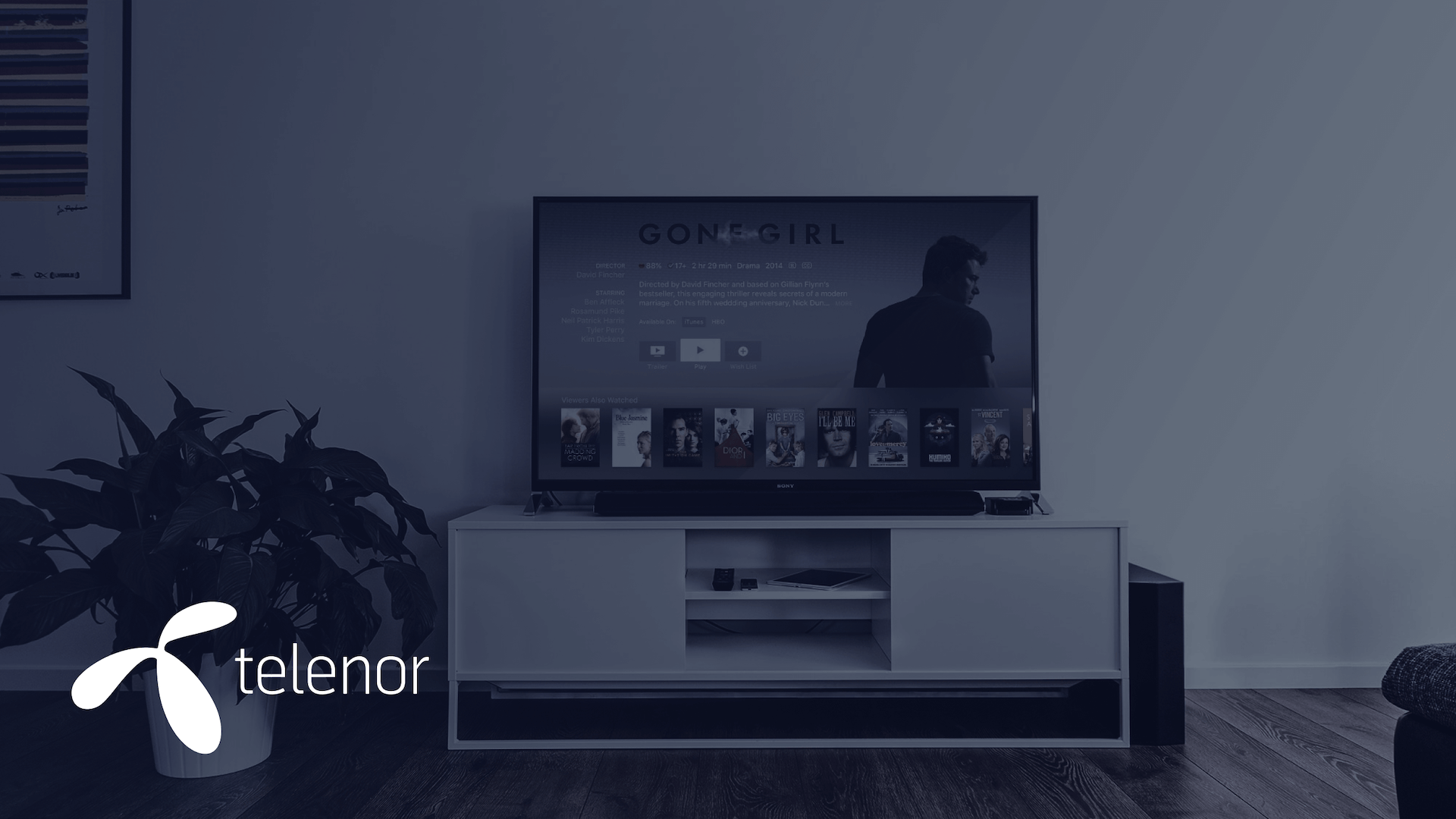 When you work with a monolith, you become a spec writer. We needed the abstraction layer (of a database) and a UI on top of it, which would have used a large amount of development resources inhouse.

Telenor (TEL.OL) is a Norwegian multinational TelCo which is one of the largest mobile telecommunications companies in the world. Founded in 1855 as a state-owned telegraph services provider, Telenor is now a significant global player in a full range of telecommunications. With operations across the Nordics and Asia with 182 million global customers and annual sales of around USD 12 billion. A leading Nordic provider of mobile, broadband, and TV services, the Telenor Group is 19,000 people strong.

The Telenor TV distribution was founded in 1997 as a joint venture between French TV company Canal+ and Telenor called Canal Digital. Since 2003, Telenor has gained full ownership of Canal Digital. Canal Digital began as a direct broadcast satellite service but has since started offering cable television as well.

In 2013, Telenor created a video streaming service where users could stream content from several local television stations. The streaming platform for Telenor was previously a way for local television stations to make their content more accessible to a broader audience live on the platform for a longer time hosting adding around 2,000 videos/movies a month. As this was the first endeavor into a video streaming platform, there were many lessons to be learned. As the project continued to grow, it was clear that the stack needed to evolve so that the streaming service could continue to deliver a high quality experience at scale. 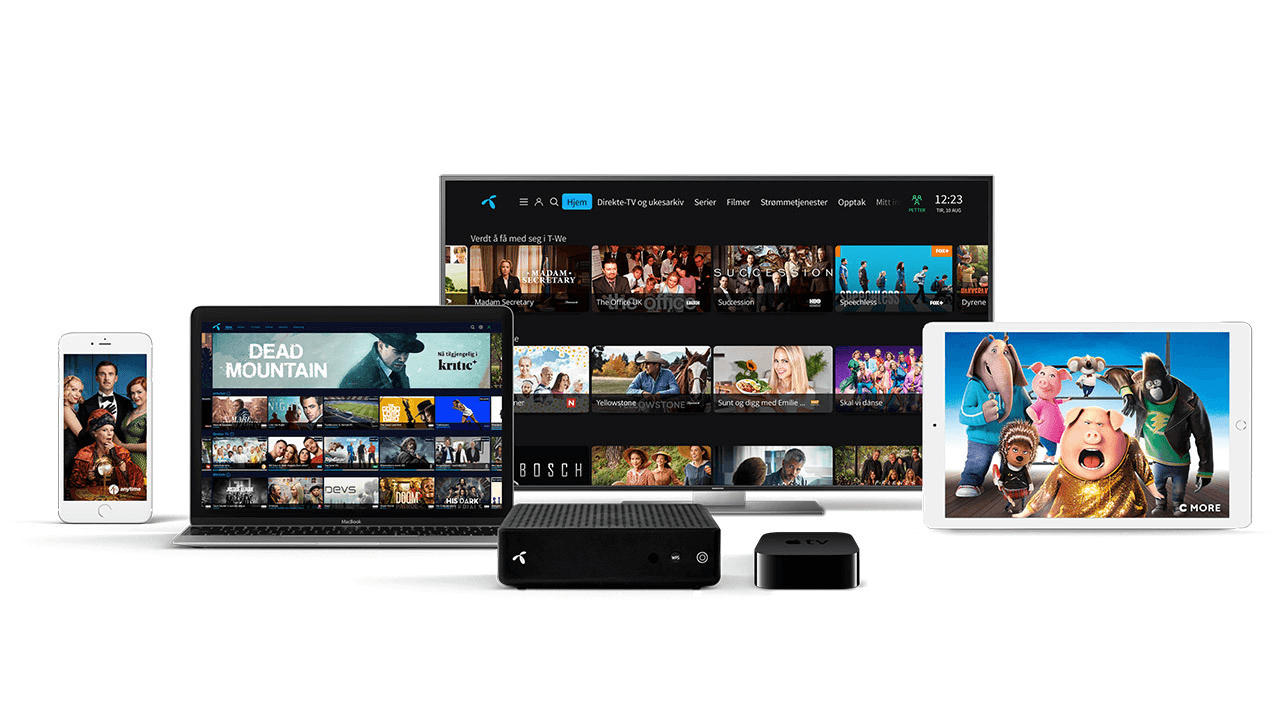 The Telenor team needed the scale of a database and ultimately chose Hygraph to provide the same power with an abstraction layer for content, native localization, and schema builder. With Hygraph, teams are able to programmatically feed content from multiple sources into Hygraph which simplifies the work for content editors.

There were several factors that were critical to choosing the new tech stack. Perhaps the most important being to remove this time consuming, manual process. The team needed to free up the development team’s time for more engaging tasks other than editing metadata. Centralizing the data and simplifying the process would also make it easier for the team to enact changes quickly. Another significant aim was to reduce the likelihood of incorrect information by creating a structure and organization to the centralized metadata hub so that the team could quickly adapt the information without a hassle.

It was clear that the team needed a powerful database-like solution with the capabilities of a CMS to achieve flexible content modeling and metadata aggregation. With the Telenor team being nearly 100 users, the solution needed the feature-heavy nature of a highly technical solution and a clean UI to make it easy for the content team to work with the data.

Taking the SaaS approach was more conducive to the working styles of the Telenor team. In reducing the overhead, the team was able to focus on features and workflows which were important to the project, rather than having to work around irrelevant features. The flexibility that Hygraph provides to set up and change the project schema as the project grows and develops makes the development of the projects faster and less of a hassle for developers to make changes later on in the development process. The intuitive UI helps ensure that the rest of the team can make manual changes to the content as efficiently as possible.

The Telenor team chose Hygraph for the following reasons.

Because the API is GraphQL native, rather than being built on top of a REST API, Hygraph realizes the performance benefits that GraphQL promises. Hygraph strikes the balance of a modern tech stack without sacrificing robust feature set and reliability. The Hygraph API is able to support the sustained high performance necessary for Telenor’s project of approximately 100 messages per second. Taking a programmatic approach to content creation and editing, ensures that data remains accurate and that manual entry mistakes are eliminated.

The no-code schema editor made it easy for team members to make changes to the API schema without needing to touch the codebase. As the project continues to develop, it is simpler to make changes throughout the development process. This gives the team more flexibility to create a first iteration with the most important information, and make changes such as adding additional locales, as they have the resources. Because the streaming platform is constantly evolving, as the Telenor team has a continuous delivery model, the Hygraph schema editor enables the team to work with agility.

The clean UI and granular user roles and permissions make it easier for content teams, in addition to developers, to add, fix, and change data points. In addition to being more structured and organized than the previous collection of XML files, Hygraph has improved the workflows surrounding the metadata by creating a hybrid workflow of manual and programmatic content changes. The manual work that still remains when ensuring data integrity is more efficient with Hygraph. For larger changes, the GraphQL Mutations API is leveraged to quickly make bulk changes.